Amrum -  The island of freedom 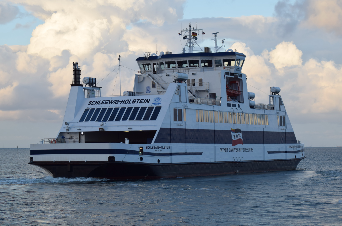 The island Amrum is beautifully situated in the Wadden Sea and has become 2009 UNESCO World heritage. At no other island they can play the game of the tides admire as on Amrum.

If you are traveling by bike, you can explore the different landscapes on a length of 10km. live between the white beaches and the salt marshes more than 10,000 animal and plant species.

There are five places that you can explore: Wittdün, the place where you arrive by ferry and wander in the Inselstrasse. Süddorf and Stenodde, there you can fresh fish and crabs buy directly from boats, Nebel, beautiful with its thatched houses and restaurants and Norddorf with the long pedestrian street that leads directly to the beach. 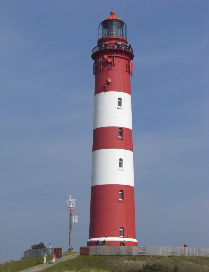 The island can be reached by ferry . The ferry terminal is located in Wittdün , there are many small shops and the largest supermarket on the island. The best ice cream there in Wittdün “Kaffeeflut” that Friesentorteneis you must have tasted .
If you want to visit the island , then hire best bikes or bring your own with . Whether on Watt along or through the forest , the countryside offers many impressions .

Amrumer and the beach pirates

Amrum was opened only lately touristically, the Amrumer were afraid in the 19th century simply around the decay of the decent customs on the island.

Amrum became only from approx 1885 a seaside resort, as the islanders built several hotels on the south point of the island, to the todays Wittdün. From 1890 the Norddorfer pastor Bodelschwingh built several sea hospices in the north of the island where the morality was guaranteed.

One must surprise, actually that the Amrumer fear had around the maintenance of the good customs. sice before the tourism, the Amrumer lived primarily  on the a´griculture and the navigation. Many Amrumer acted Fisher or also as captains in the whaling or commercial navigation.

Other Amrumer had because a little bit other respect with the Christian navigation , they lived on the recovery of stranded ships. With pleasure a crazy fire was also lighted sometimes if the ships ran aground not voluntarily. only the introduction of lighthouses went in 1875 to company, limited the business.

Today approx 2300 people live on the island there are every year about 150.000 holiday-makers with approx 1.5 millon overnight stays, in addition there are more then 100.000 day tourists every year. Beach piracy is no longer necessary.